Commentary: Power Tools for Father's Day? Not so fast...

A recent radio ad (paraphrased with sufficient precision to make a point):

"Only a few days left until Father's Day! Why not get your guy what he needs to make even the biggest project a simple breeze! Come on down to (hardware store named here)! Special pricing is now available for a limited time on: circular saws, cordless drills, garage door openers, and all kinds of toys every dad deserves! This is a limited time offer, these prices won't last forever; neither will Father's Day!" 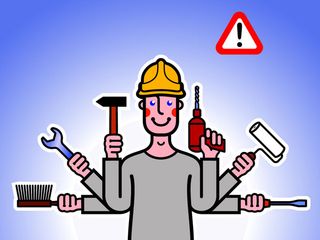 ...What is Father's Day? Why does is exist? What purpose does it serve?

The Wikipedia definition is worth a look: "Father's Day is a celebration honouring fathers and celebrating fatherhood, paternal bonds, and the influence of fathers in society."

Similar to many professions and persons whose time on this planet is occupied largely by endeavours which are at least designed to enrich - in even the smallest of ways - the soul and humanistic endurance of the people around them, a day has been set aside for Fathers. This day, this third Sunday in June, is a handful of waking hours to honour his love, his kindness, his hugs, his kisses, his broad shoulders, his weak knees, his prickly stubble, his smooth brow, his blind eye which sees not your faults, his blind eyes which see not what hides behind the cereal on the second shelf of the pantry, his voice which says "I love you" as he passes you on the stairs, his hand which rubs your back and whispers "It's all o.k." as you stir from sleep in the middle of the night, his strength in crisis, his weakness in despair, and most of all his knowledge that he would be no father at all, if not for you.

It is a day of deep breaths, and of absorption of all which is sweet and fleeting in the life of a father.

Unless he really loves power tools ;-) 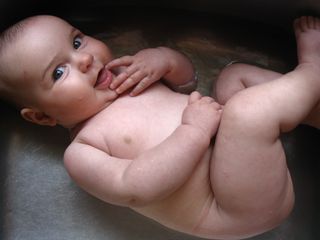