Yeah, I Know. I Was Like That Too, Before Kids.

'Caught a rebroadcast of Billy Joel's 2008 concert in New York City's since demolished Shae Stadium. Spectacular show. 'Made me wanna get a grand piano, made me wanna be a rock star, made me notice how, at great rock shows, strangers never hesitate to smile at each other. 'Made me remember life before kids. Now? Peter Gabriel's coming to town? Meh. I'm kinda tired, tickets are kinda pricey. 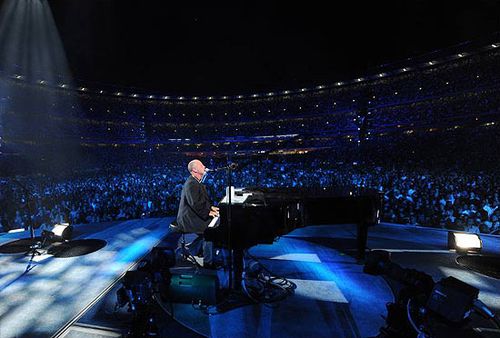 Wasn't the case when I was a D.I.N.K. Double Income No Kids.

When I started dating my now-wife we didn't want kids. We both worked odd hours, which often meant slow mornings with coffee, newspapers, and  morning adult television. Ya know, like, the news...or, like, Good Morning America...or, like, going back to bed after breakfast. We would also often work late, which meant bottles of wine being opened after midnight as opposed to bottles of formula being reheated at 3am. It meant listening to full albums (yes, kids, artists used to release entire collections of songs, all at once) until the wee hours of the morning.

Ironically, I always liked children, and always had a way with babies. I loved holding them, cooing at them, making them smile by digging my nose into their bellies. It's just that once I reached an age when I could have my own, I kinda went 'meh', I'm kinda ok it just being us. I'm likin' the lattes and last minute movies. I'm diggin' the urge to rent roller blades and then walk the whole way back 'cause my legs are kinda tired. And, you know what? On the way back? 'Think I'm gonna grab myself an ice coffee.

Other people's children never bothered me, either. Nor did some parents' tendencies to prattle on about nothing other than being a parent. I enjoyed their stories, and after all, once I talked about my latte and roller blades I was pretty much done. Not everyone I knew was tolerant of baby stories, however. In one famous exchange I witnessed a colleague of mine, who was single and spent nearly all his income on world travel, bark at another colleague concerning the frequency with which the latter would bring in pictures of his young son. The response was impeccable: "Buddy, when you stop bringing in your goddamn vacation photos, I'll stop bringing in baby pictures."

That being said, there were certain concepts I just couldn't sink my teeth into as a D.I.N.K. Friends of ours had just had their first child, a little girl. We would, as per our usual routine, invite them over for an afternoon coffee, or out for a late lunch. Suddenly, they couldn't make it 'cause the baby was napping. They couldn't wake the baby! "Can't you just let her sleep for forty-five minutes, then wake her up and bring her along?" No, they said. She's miserable when she doesn't get a long enough nap. I said g'bye, and hung up. Seriously, I would say to my wife, they can't go out 'cause the baby is sleeping? Sheesh! Only later, once my sleep deprived son demonstrated to me that perhaps if Linda Blair had had a proper power nap everything would have been alright, did I understand. 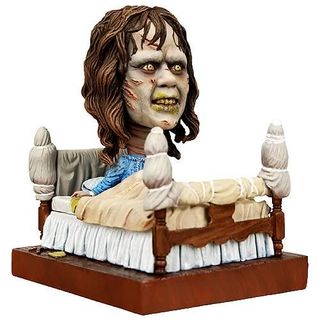 As you can see, at some point, we changed our minds. I don't know when I changed, or when she changed. I do know we seemed to experience the change together. We wanted kids; we needed kids; if we didn't have kids, there would be a certain sadness forever. So we had two, then I underwent a vasectomy. I love kids, but two would suffice.

I still do not subscribe to the parenting mantra which gets regurgitated so often at the wrong times to the wrong people: "Children are a blessing. Without children your life is just a little bit empty. It's something you don't understand unless you have kids."

People who want kids should have kids. People who don't want kids should not have kids. As a matter of fact, some of the people who want kids should not have kids, and some of those who don't want 'em would probably make fantastic parents, if for no other reason than their ability to think before they act. I can easily understand why a childless individual would find parents monotonous. We do talk about our kids all the time. When we're not comparing them to other kids, we're selling checklists on street corners of their latest accomplishments or cute moments. You know, not everybody cares. But, you know, it's kinda like that person who is always talking about work; it's not wrong, it's what they do for eight hours a day. And, when you take away from twenty-four hours the eight hours during which you're asleep, plus the time occupied with the mundane - groceries, showering, going to the bathroom, sitting in traffic - most of what's left if you're employed outside the home is work. Conversely, when you are raising children, that is what you do with most of your time, the rest of it is occupied with activities much more banal.

We also always talk about our kids because we are still, each day, discovering them for the first time. We're also new at this, and it's a pretty big deal. My wife once described being a parent as the most intense relationship she's ever had. Talking about it is one way to shed the nervous energy, the discovery of this developing spirit. It's like the world becomes a psychiatrist for the person who is now responsible for the education, emotional and physical wellness, intellectual development, clothing, nutrition, and eventual dating habits of another human being. And it all starts with a blob of sleeplessness and excrement. We don't want to bore you, but we can't help it. Just know that we know we can be boring. We were D.I.N.K.s, and chose to become otherwise. We fled Xanadu. 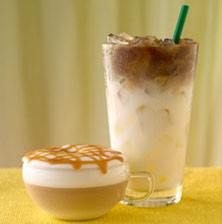 I realized, though, sitting on my couch watching Billy Joel rock Shae Stadium, that perhaps there is a difference between becoming and father and turning into one. I think I'm going to start pushing myself towards the odd event I used to enjoy as a D.I.N.K., but have since left behind. If you do the same, reader, perhaps we could be strangers smiling at each other from a couple of rows apart in a stadium somewhere. You'll know it's me; I'll be the guy who leaves before the encore; gotta get up with the baby tomorrow.

Posted at 09:58 AM in Humour, Life Before Kids, Marriage & Relationships, Parenting | Permalink