« Why Is It Sometimes I'm Aching to Criticize My Spouse? | Main | What is it with Fathers and Physical Violence? »

Men, Aren't You Tired of Women Saying You Won't Open Up?

Granted there are many of us who won't. For the sake of fluid writing let's refer to them as 'They' for the duration of this post.
They are plentiful. They have been the purveyors of the male stereotype for 10-thousand years, give or take a Father's Day.

But, They have a light underbelly; a secret kept hidden even from themselves. That secret is: Us...
They may be like pit bulls, but we are that spot near their hindquarter which makes their paw flap when you scratch it.
When someone offers us a lollypop, we don't think of "suck this" jokes...we think of cavities.
When our shirt is wrinkled, not only do we insist on ironing it (ouselves!) before heading out the door, we pad the Sunbeam with a facecloth so it won't burn the fabric.
Sure, we like ordering pizza, but you know what we really like? Making it from scratch, with quick-rise yeast, and fresh basil, and sun-dried tomatoes, and Bocconcini cheese (which doesn't make us think of testicles).
On our Facebook pages: sure, we like Spartacus and Dexter, but we also like the movie Fame (the original, not the remake), and Saturday Night Fever, and Dances with Wolves....because we cry at the end...those poor Sioux. (Don't believe me?…check out my page here.)

But my real point, which I hinted at in this post about fathers and daddies never being included in page headers, is: it's time to gather as an online community and have a voice. Not as an isolated group of metrosexuals, but a blend of women and men, mothers and fathers, Cro-Magnons and...Me....Us...We. It's not about finding a platform on which we can separate ourselves from others; it's about giving opportunities for contrarians to share points of view.
Dads, join the mommy groups. Moms, join the daddy groups (hang on, I've got to go start one with all my free time).
I'll bet you all a Beaches movie night you'll be surprised at the quantity of common ground. At the very least We can defend ourselves to Them, and They to Us.
Until then, I'll continue to sign up on pages with pink backgrounds and perfume giveaways, and to file my posts under "mommies and babies" because I certainly am more welcome there than at "pregnant and breastfeeding."

And, by the way...we do have nachos and beer during the Super Bowl while watching these behemoths smash into each other...22 men in tights heaped in a pile. Yeah, like We're the ones with the problem.
Gotta go...my weekly recipe just popped into my inbox. 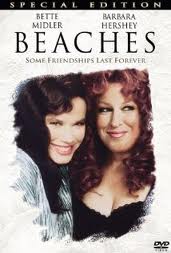 Posted at 09:48 AM in Fatherhood, Humour, Marriage & Relationships | Permalink

This was great!! I have to say when I first started to mommy blog, I would be surprised when I would encounter a dad blogger on a "mom site", but I was even more surprised at how much I related to and enjoyed the posts. You are right, we are just all parents, trying to do our best with the most amazingly scary job we could ever have. If and when you start your daddy network I will join, and I won't even mind if its all in browns and has football players splashed all over the cover! Thanks for a great post!

I love seeing you dads here with us on the mom stuff! It's so refreshing, and I think because I have 4 brothers, your presence is just normal. Just keep being yourselves. That's what we like about you anyway, even if some of us won't admit it;)

LOL. This actually made me think of my husband. He loves The Devil Wears Prada, Pride and Prejudice...and then turn around and can enjoy a great MMA match then go to his Krav Maga class and beat up on some people. I am so glad to see men bloggers/daddy bloggers out there!

Haha, I like your description of football games! And I also like that you're trying to get rid of sterotypes and putting people into boxes, i.e. you're a man, therefore you don't like cookbooks, or you're a woman, therefore you don't understand anything about computers, etc. We are who we are regardless of what society has told us we should or shouldn't be. Um, maybe that didn't really drive my car down the road, but hopefully you get what I mean: I agree with you! :-) Have a great weekend!

Haha, loved your description of football players, as well as you breaking down the walls of stereotypes. Personally, I don't like people telling me what I can't do or shouldn't be "into" just because of my gender! We are all uniquely different--that's what makes us interesting! :-) Have a great weekend!

You are one of the few fathers who I know that blog. Love your blog and how it relates to parenting. They SHOULD have a fathers column in groups.

Really funny, Kenny! Enjoyed this immensely and you know what, go for more sites with pink background. It's so refreshing to have a male voice in the mix.

I really enjoy your style and what you have to say. I was primarily raised by my father and was taught to believe that there is no difference between men and women and we both enjoy equal opportunities. It wasn't until I took women's studies classes in college that I learned it wasn't true! But what is true, is that most parents, moms and dads, love their children with every part of them and do what they can to support their growth. I greatly appreciate reading your perspective and the way you support your family ,the world, and in turn US, and respect the way you do it.

LOOOOVE THIS! Can you send one of your "us's" my way? ...in like 5 years though, i am very happy in singular (+ my babies) these days.

My husband definitely is tired of me trying to have meaningful conversations with him. He'd rather just have sex...