« "Baby on Board" Should Add: "But, Moron Still Driving". | Main | FatherDaddy via The Good Men Project: Unlike Dads, Kids Don’t Care Who Hears Them Sing »

So We're Clear: "Penthouse Forum" is Taboo; "Fifty Shades of Grey" is Candy?

There was a lot of playground chuckling at the elementary school yesterday. As the children poured out the side door, there was a twitter of girly chatter in hushed tones, punctuated by knee slaps and honest belly laughs. Youthful exuberance swirled around whispers of bonding among the population. Oh yeah, the kids were there, too.

When literature student Anastasia Steele goes to interview young entrepreneur Christian Grey, she encounters a man who is beautiful, brilliant, and intimidating. The unworldly, innocent Ana is startled to realize she wants this man and, despite his enigmatic reserve, finds she is desperate to get close to him. Unable to resist Ana’s quiet beauty, wit, and independent spirit, Grey admits he wants her, too—but on his own terms.

The book is advertised as the first of a trilogy. It will entertain women, and elementary school moms, for semesters to come. 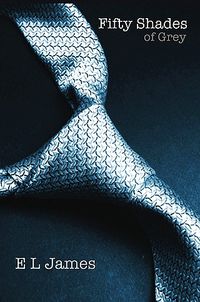 From the age of about ten (grade 4), I remember peeking at black market copies of Penthouse and Playboy discovered in crannies under the beds of my friends' older brothers or in shadowy corners of their dads' closets under a pile of old cardigans. We hid and gawked at naked breasts and pubic hair as spies would at Cold War documents. It was a delightful sin.

As we grew older it became incumbent upon us to cease breaking into closets and trespassing under siblings' beds, and to begin moving the contraband ourselves. Paper/rock/scissors, double-dares, cash bonuses; one did what was necessary to not be elected to stand in front of the cashier dodging responsibility by insisting this copy of Playboy was 'for a friend'. 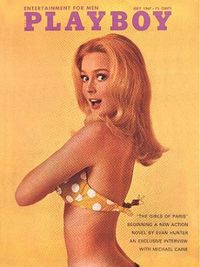 Print in junior high eventually led to film later on. Earning minimum wage working the late shift at our local video store on Saturday and opening hours on Sunday made it possible to sneak adult movies home at midnight. We all just sat and stared. Nothing more. The dialogue was not worthy of analysis:

"Hello, ma'am. I've got your pizza."
"I didn't order a pizza."
"Maybe your husband did?"
"My husband's not home."
"Well, what to we do with this hot, steamy pie, then?"
Insert soft disco backbeat here.

The concerns about pornography have become more serious  with the advent of the internet. In many cases attraction has lead to addiction; real human affection has been replaced by solitude and virtual realities. Relationships which were unsteady at best are pushed off the plank by waves of easy-access adult entertainment. These circumstances, however, are the exception, not the rule.
Sex therapists and marriage counsellors agree there is a place for adult entertainment and playthings in any healthy relationship. When two adults consent, the emotional risk is low and the benefits can be great.
Many men in healthy relationships - loving fathers, doting husbands, responsible contributors to society, guys who hold seniors' hands as they cross the street and guide lost children to their parents in the park - also enjoy pornography.
Due to stigmata and prejudice, however, a husband caught with an adult magazine stored behind his fishing pole in the basement is shunned; a father who admits to enjoying adult films is vilified. Yet, several hundred pages of female-centric erotic fiction (the first of a trilogy!) is an instant best seller, and is making the rounds of housewives across America.

If your husband is responsible, loving, and a positive contributor to your relationship and family, and one day you discover February's Playboy next to a stack of drill bits, relax. He's still the guy you brought home to your parents. Why didn't he tell you about it? Because human conditioning has been teaching him since the first grade to keep such things under mattresses. Why did he buy it in the first place? It's entertainment, a distraction; it provides a little bit of escapism and release - much like Anastasia Steele's fantasy man in Fifty Shades of Grey.

Posted at 08:45 AM in Fatherhood, Interviews & Issues, Parenting | Permalink

You're just too good for this world!

I'll assume you're not being sarcastic, since it makes me feel better about myself...so...thanks!

Ask your wife if I can borrow the book when she is done :) I love you Kenny Bodanis and always look forward to your stories.

I've been hearing whispers about that book - but wasn't quite sure what it was about. Now I know and I really want to read it. Thanks for that Kenny ;)
Love your hot pie comment lol! Too bad you didn't down load that bam chica bam bam music!