Sexism and Sports: Just the Way We Want It.

Sexism and Sports: Just the Way We Want It.

Due to the general differences in physical stature and strength, it makes sense in many sports for men and woment not to compete head-to-head.
Yes there are some women who are taller and stronger than some men, but for the sake of this argument let's rest on actually percentages.
Hockey, track and field, basketball, soccer, as well as a host of other sports would give an unfair advantage to the physically stronger sex should they compete against each other.
There are, however, inequalitites, which defy logic.

I was watching sweat drip down the backs of competitors in South Carolina during the PGA Championship. Poor guys aren't allowed to wear shorts.
The women of the LPGA are permitted skirts and shorts.  One explanation for that may be organizers and sponsors hope more leg will translate to more viewers. It's no secret that beautiful athletes (both male and female) are more likely to be chosen as spokespeople for their sport.
No, Vijay Singh's hairy legs will not translate into a higher viewership...but would they drive viewers away? Or rather just allow a Fijian's kneecaps to breathe a little.

Men's major tennis tournaments incorporate 5-set-matches instead of three. Why? Men's tennis draws more viewers than women's, largely due to the speed of the men's game (due as well to Roger Federer who, like Tiger Woods of two years ago, attracts viewers through his sheer dominance of his sport).
Viewership increases as Andy Roddick enters his 4th  and 5th sets. Apparently Neilsen has decided 3 sets is enough for the ladies, even Maria Sharapova.

Olympic diving? Men perform 6 dives, while the women stop at 5. Yes, a forward 4-and-a-half is more dizzying than a 3-and-a-half; but with the men fielding 32 athletes, do I really need to watch either sex plummet off ﻿a platform one-hundred and ninety-two times? While the male divers were more spectacular, more was not necessarily better.
Similarly with figure skating - the men perform longer routines. A quadruple is flashier that a triple, but when they spend a extra forty-five seconds in the middle of their long programme gliding to Pachebel while they catch their breath, who wins? Not the viewer. 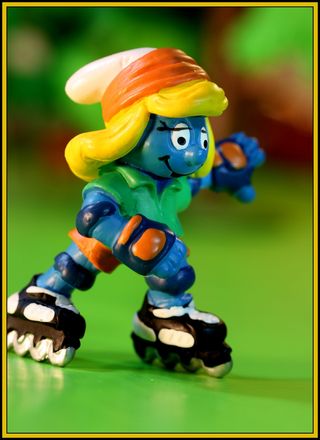 An extra ten metres is tacked onto the hundred-meter hurdles when it's the men's turn to crouch at the start line. Maybe the excuse this time is physics: men have longer legs, ergo require more track....like larger airplanes.
Both men and women compete in a Heptathlon (though not against one another).  Decathlon? Men only, please.
Why? How many advertising dollars are gained by truncating the women after the seventh event?

The blame is often put on men, since we tend to occupy most executive positions on Olympic Committees and Network Boards of Directors. We make the decisions.
But, in media, one factor influences the direction of content more than any other: money. Despite the testorone in the boardroom, ratings show that women enjoy watching men more than women enjoy watching women. Add those female viewers to the majority of men who also gravitate to male athletics, and it becomes a no-brainer: when it comes to sports, men sell.

This phenomenon extends to movies and television shows. Tom Cruise earns more than Gwyneth Paltrow. Why? Largely because women prefer Tom.
This phenomenon does not explain why poor Vijay is stuck in slacks when its forty degrees out....or why I can't wear a summer dress to a summer wedding.
I hate suits. Maybe I'll dig through my closet for one of my old figure skating outfits. While the teasing I was subjected to wasn't easy; the outfits had their perks - lycra breaths beautifully in the summer heat. And for a 7-year-old boy in lycra - the fewer viewers the better.

Posted at 11:57 AM in Stereotypes | Permalink