Parenting Studies are More Than Catchy Headlines and One-Sided Stories

The shift in traditional gender roles is becoming a fashionable topic. The most popular parenting studies have gone from focusing on whether infants should sleep on their backs or stomachs, to shouting about modern men who iron their own shirts, and progressive women who pass the bar exam.

As a husband and father, I support the publicity of any document in which statistics support parents taking on non-traditional roles. However, turning a study into a sexy headline sometimes does a disservice to critical thinking. A few recent studies became prominent in the media, as well as within parenting circles, because they contributed to 'a-ha!' moments.
These studies were whittled down to short articles in mainstream publications and used as humorous kickers in radio newscasts. The studies' results, however, when examined from a father's point of view, suggest conclusions different from those which grab headlines. Here are three examples:

As I wrote in this blog post shortly after the study was released, headlines like these may lead a father who is separated from his children for long periods of time - either due to a court's mandate or a demanding work schedule - to feel a further emotional burden in addition to pressure already present as a result of situations beyond his control. The article's final sentence on Parentdish.com reads:

"Girls were found to be the most affected by absentee fathers."

Period.
So, if my work requires extensive travel, or long hours, I can add the guilt of suffering children to a list which may also include: workplace pressure, fatigue, and missing important family moments. Surely, if the kids' mother is committed, loving, and capable, that must count for something, no? There is no mention of a mother in the article. But:

It was released in August 2011,  by Montreal's Concordia University, and published originally in the Canadian Journal of Behavioural Science.
The study does report that children with absentee dads don't fair as well as other children. The research also does mention girls are more likely to have their behaviour adversely affected by a missing father. But, what didn't get reported in most maistream articles was mentioned prominently in the University's own publication:

"While our study examined the important role dads play in the development of their children, kids don’t necessarily do poorly without their fathers,” stresses co-author Lisa A. Serbin, a professor in the Concordia Department of Psychology and a CRDH member who oversaw the study with colleagues Dale M. Stack and Alex E. Schwartzman.
“Mothers and other caregivers are also important. No doubt fathers have a major impact, but there are definitely many alternative ways to raise a healthy child. Some kids with no contact with fathers, or with distant dads, do well intellectually and emotionally.”

I feel a little better about going to work tomorrow. 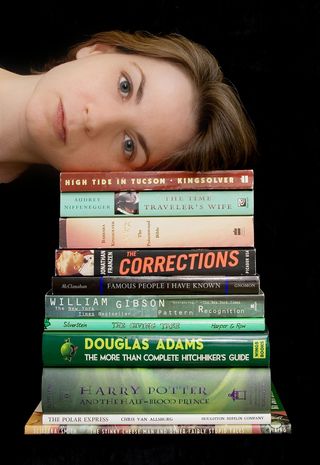 I am a librarian by cindiann

OK. One study scolds me for the damage I'm doing to my children through my absenteeism; this one is telling me my kids will fare better if I keep my distance. The article suggests that when a father spends more time playing with their children, and less time doing domestic chores, the couple experiences less friction within their relationship.

Released in January 2011,  Ohio State University's own article naturally delves deeper into explaining its research than did Forbes.com. This tension between mom, and a dad attempting to assume more domestic responsibilities, was explained by the researchers. Their explanation echoed the assumptions I expressed in the post I wrote the following week. There is not automatically conflict within a relationship when a man cooks or does the laundry, but rather when a husband attempts to, for the first time, tackle roles normally handled by his wife. This is true in any facet of life when an individual is accustomed to certain responsibilities, and then must relinquish them to a second party. If I'm already doing the cooking and the laundry, I don't need to instead learn to fix cars to reduce the stress in my relationship. Old and charming books by occhiovivo

In this case, no insinuation is needed. The Vancouver Sun's opening paragraph summarizes its tone nicely:

"Dads who avoid washing the dishes and doing the laundry at home tend to raise “girlie girls,” daughters who prefer dolls and aspire to be housewives, new research reveals."

What more needs to be said?
If you happen to fall in love, marry, and develop a lifestyle which adheres to traditional gender roles - men work in  the office, women are homemakers - your daughters are more likely to mimick the pattern in adulthood.
The article quotes the study's author, University of B.C. psychologist Toni Schmader as saying:

"You have to talk the talk and walk the walk when it comes to gender stereotypes,” said Schmader. “And what dad says and does matters.”
"Daughters are more likely to believe they can grow up to work outside the home if their fathers have egalitarian attitudes about child care, cooking and cleaning the house and actually take on those jobs"

This suggests that a more progressively-mapped father who shoulders more domestic responsibilities is also mostly responsible for  motivating his daughter to seek a more non-traditional path.

The question the Vancouver Sun doesn't ask (either its readers or the study's author) is: wouldn't a man assuming a more domestic role in the home be more likely to be married to a woman exhibiting the same behaviours? Wouldn't stay-at-home dad by definition be married to a woman who is the household's main wage earner? Would that also encourage a girl to seek a non-traditional career?
I asked Dr. Schmader if progressive mothers would have as strong an influence on their daughters as progressive father would. Here is her answer:

"...unfortunately we did not have data on both parents for a large enough portion of our sample to address this directly. However, because we have a sample of moms and kids too, we can see in that sample the relationships that mom's beliefs and behaviors have on their kids preferences - those relationships just aren't there. Still, in our next study we'd love to get more data on both parents so that we can see if effects are stronger when BOTH parents have egalitarian beliefs and enact those in their behaviors."

Studies are great. The are carried out by MD's and PhD's whose mandate is it to be objective and report their findings in as much comprehensible detail as possible.
Unfortunately, their work gets sifted through the ugly filter of mainstream media, and, even worse, the 500 word sexy-headlines-generate-pageviews blogsphere.
It is important, although sometimes a real challenge, to focus on a psychological and sociological truism: an emotionally happy and stable home will generally result in happy, healthy children contributing positively to society.
How you generate that happiness is unique to each family, and is not necessarily reflected in a study, nor in the headline it generates.