« Talk to Your Kids About Sexting | Main | Canada AM Interview Explores "Men Get Pregnant, Too." »

I was listening intently to a radio interview with Clare Lord of WISE Philosophy, a program she founded "for emotional eaters who misuse food to numb and avoid uncomfortable feelings." I was curious about how a parent who was an emotional eater may pass some of those nutritional habits - as well some as those emotional scars - on to their children.
I spoke to Clare directly. The answers she had for me were startling. Not only do I now have a new perspective on disordered eating, I am also now more aware of how, as a parent, I should be careful of how I use food in my own household.

First, I wanted to understand how men and women (mothers and fathers) have developed different self-images where weight is concerned.

"Men simply don’t see themselves as being overweight."

"Whereas most women will judge themselves to be overweight though they may be at a normal weight, with men the research has found it is actually the opposite. Even though they’re overweight, they’ll under report their weight. And they’re much less likely to realize they’re carrying excess weight.
In fact, when I was looking at eating disorders – I don’t care for this term, because I think it’s a little glib – there is a term called ‘Bigorexia’. Women suffer from anorexia, and think they can’t be small enough, but men seem to suffer from ‘Bigorexia’, thinking they can’t be big enough, or bulked up enough, or muscled up enough. So, where women are more likely to (have) the Barbie syndrome, men are likely to have the G.I. Joe syndrome."

One of the dangers of men and women developing a skewed self-image, is that image transfers to their children.
The WISE Philosophy founder explained how, for young men trying to model muscular adults, this translates into those young men buying over-the-counter supplements such as protein shakes.
For young women, the danger is even greater they will fall into a pattern which will lead to anorexia:

"(The young girls) hear about mommy saying 'Well, you know, I stepped on the scale today, I’ve  gained 5 pounds. But, come New Year's I’m back on that diet and I’m calling weight watchers."

It is this (predominantly moms) tendency toward dieting, combined with derogatory off-the-cuff comments about body image (most often from Dad) which can eventually lead to an unhealthy pattern:

The number one trigger for disordered eating is: a dieting mother and a father who just sort of pinches his daughter’s waist and says 'You’re getting a little chunky; you know boys don’t like chunky girls.'
So what happens? The young girl starts on a diet, and she picks this mythical number 115, 110, 105, whatever. It is because she feels that is the magical number when all her problems will disappear. The problem is, she gets down to 110; guess what? She still doesn’t have a boyfriend, still didn’t get the ‘A’, and her parents are still hassling her. But instead of looking at the methodology or the strategy she says  'The problem is the number. 110 was not right, so now it’s 105; now it’s 100' and so forth and so on. That’s how someone can slide into anorexia pretty easily."

Photo: To Eat or Not to Eat by Danielle Helm

Not surprisingly, being aware of what we are feeding ourselves and, more importantly why, is the important step in not creating unhealthy habits in our children.
I am 6'0" 180lbs. I am not overweight, nor have I ever been. However, especially when my wife is out for the evening and my children are in bed, I will easily polish off a family size bag of potato chips washed down with a beer or two. Why? Clare Lord feels all of our indulgences and addictions - from food to electronics to clothing to drugs and alcohol - serve the same purpose. Food is often highlighted because it is so accessible:

"Food is easy and on every corner. So it’s (a parent saying to their child) 'I see you’re a little stressed out today, let’s not make dinner tonight, let's order pizza.' As parents, we often equate food with comfort. We don’t mean to, but we do. Doing this once or twice or five times as a parent is no big deal, but a daily basis of this - and having other factors at play - is not good.
Most adults use (the holiday season) to just go hog wild. And maybe a 3-year-old isn’t going to pick up on this, but I think an 8-or-10-year-old definitely sees mom or dad in the kitchen picking the turkey fat off and shoving it down, or drinking too much, or eating too much. Grandma’s there, and everybody’s stressed.
(Parents) also model the fact that 'Mummy’s had a hard day, so I’m going to have my chips and wine, and then we’ll have dinner.' You don’t have to hear it as children to see that this is the way that mommy or daddy copes with emotion. 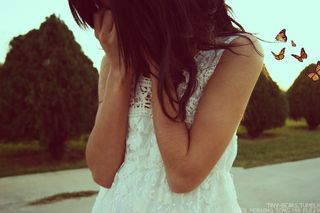 Photo: I Just Want to be Happy by Brave Little Bird

"I think people are addicted to the feeling of not feeling."

This is one of the reasons Clare says dieting doesn't work. The reasons for a person's poor eating habits are not dealt with. Parents still outwardly express their anxiety or stress, and compound that with remarks about their diet.  She does not believe in 'food addiction.'

"I think it is self-esteem issues, it’s anger issues, it’s what we learned as children, it’s stress. I really see it as a combination of current stress and past unhealed hurt.
I think it manifests itself differently because men tend to externalize their anger, and women tend to internalize.(Whether in men or in women) the genesis is absolutely the same: the feeling that we don’t matter.

What we do know, is we matter greatly to our children. The more easily (and quickly) we parents identify our reasons for seeking comfort in food or drink, the better equipped we'll be to support our healthy children though the trials which await them outside the home.

For more information on Wise Philosophy's programs visit WisePhilosophy.ca or call them toll free at 1-855-799-WISE.

This has been interesting, thank you.