« How Do You Define Parenting? | Main | Parents, Children & Food: A Complicated Relationship »

Talk to Your Kids About Sexting

Last March, I spoke with Lisa Dixon-Wells, M.Ed. about bullying. This year, the founder of Dare to Care,  a prevention, awareness, and early intervention program, was including sexting as part of her address to elementary school students and their parents.

Sexting? Elementary school? Not my kids.

As I discovered throughout our conversation, my 'Not my kids.' perspective is not unique, nor will it be helpful in preventing my children from participating in what is becoming a common form of communication among today's youth. Sexting can also have disastrous emotional and legal consequences which last a lifetime.

Near my hometown of Montreal 10 teenagers were recently arrested on charges of possession, production and distribution of juvenile pornography. According to the Montreal Gazette they were released--with restrictions--until they reappear in court in January of 2014.

IT'S JUST THE TOUCH OF A BUTTON

Ms. Dixon-Wells highlights the problem, which is kids who act on impulse:

(Sexting is) just so easy to do, and they can do it in a fraction of a second. They don’t even have time to think of the consequences, which is a problem.
A lot of it, too, does start off more innocently. It’s the boyfriend asking the girlfriend--of extremely young age--saying  'I love you, I love, you. Please send me a picture; I won’t share it with anyone.'

In the Laval case, the teens shared the photos within a closed group, supposedly with no ill intent. However, given the fickle nature of adolescent relationships sexting can be perverted into a  tool for moral destruction. Kids have to be made aware of the worst case scenarios:

In another week they’ve broken up, and there are some bad feelings, and now (their ex) owns this picture. That’s where the education is; it doesn’t matter if it’s your best friend you’re sharing it with. It is, the moment you share it--as we’re seeing in the paper and in the news--it is distribution of child pornography.

Lisa gave as another example a case from a town in Alberta, Canada:

(A girl) ended up... breaking up with her boyfriend and he was mad. So, he shared (a photo) with one friend, who then posted that picture on Facebook. He set up a whole new Facebook account about this girl using that picture. Within thirty seconds, they had nine hundred likes...900 people going to that within 3 seconds. 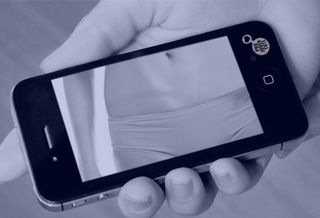 THEY'RE NOT TOO YOUNG TO TALK TO

As with so many parenting dilemmas, Lisa emphasizes open dialogue with your children as a primary defence. Asking your children whether they understand what sexting is, or what they've heard about it. The talk may not only be preventative, but may also provide parents with some surprising insight into how much their children have been exposed to.

I spoke to grade 3, 4 ,5 and 6 kids and used the word sexting. You know what was interesting? The kids didn’t even flinch. They were just listening and taking it in.

Parents are naive to think (their kids) don’t know about these things, or that some of these things are going on. Not all of them know, but enough of them know that they could get themselves in serious trouble.

Compounding the problem, texts and pictures are being used more and more as tools for bullying, because they are more instantaneous, more hurtful, and longer lasting than the traditional method of insults or hitting. 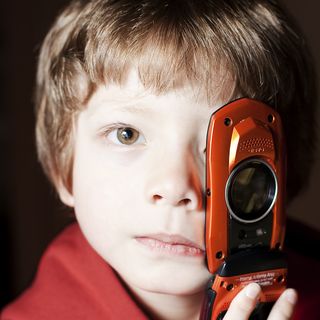 HOW TO BEGIN THE CONVERSTION

My children are 9-and-six-years-old respectively. How do I being to have a conversation about sexting with someone so young?

"I would start by asking 'Have you heard of the term sexting?' They will probably say no.

The Laval teenagers are being tried as juveniles. They face a maximum of 3 years in prison. But, as Lisa explains, carrying a child pornography conviction can alter the course of a lifetime.

Talk to your children about sexting, as uncomfortable as it may be. Lisa Dixon-Wells talks about developing a moral compass in your children. You cannot protect them from all of life's potential traps, but you can provide them with information and encourage them to come to you first, if they have any doubts.

Next post: Lisa talks about 3 websites children flock to, and that parents need to be aware of.