Parent Volunteers for Mars?? At Least the Monkeys and Dogs Are Happy.

If there is a planet of intelligent apes with intergalactic satelite television (or at least high-speed interplanetary internet), they would no doubt be following the one-way Mars colonization project with interest.

Once the doomed mission drew 202,586 volunteers, the simian reaction was surely:
"Holy shit! All they had to do was ask the humans!?"
Canines would feel similarly.

Some history pertaining to monkeys and apes in space, courtesy of Wikipedia:

"Before humans went into space, several animals were launched into space, including numerous non-human primates, so that scientists could investigate the biological effects of space travel. The United States launched flights containing primate cargo primarily between 1948-1961 with one flight in 1969 and one in 1985. France launched two monkey-carrying flights in 1967. The Soviet Union and Russia launched monkeys between 1983 and 1996. Most primates were anesthetized before lift-off. Overall thirty-two monkeys flew in the space program; none flew more than once. Numerous back-up monkeys also went through the programs but never flew. Monkeys and apes from several species were used, including rhesus monkeys, cynomolgus monkeys,squirrel monkeys, pig-tailed macaques, and chimpanzees." 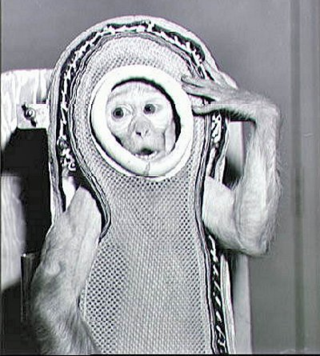 During the 1950s and 1960s the USSR used dogs for sub-orbital and orbital space flights to determine whether human spaceflight was feasible. In this period, the Soviet Union launched missions with passenger slots for at least 57 dogs. The number of dogs in space is smaller, as some dogs flew more than once. Most survived; the few that died were lost mostly through technical failures, according to the parameters of the test. A notable exception is Laika, the first dog to be sent into orbit, whose death was expected from the outset. 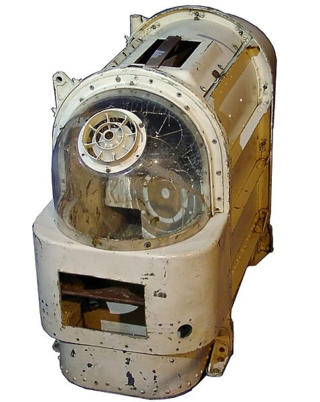 Just think, animal lovers, all they had to do was ask people. I mean, the Mars mission is a death sentence, and nearly a quarter of a million folks are waiting in line dreaming of a golden ticket, just like little starving Charlie Bucket.
Imagine how many laypeople would be stampeding over each other if it were a space exploration with a even a remote chance of survival!

Surely Ken Sullivan would have gone. Anyone willing to admit truthfully to his wife and his four children (ages 13, 12, 3 and 6 months) that he would rather die in space than spend the rest of his life with them would have been first in line for a possible return trip into earth's close orbit.

I'm fairly confident that, within the pool of 202,586 volunteers, Ken is not the only parent. He is, so far as I have noticed, the only one to publicly advertise his dream of leaving his family in favour of months of solar radiation poisoning and eventual starvation and dehydration. He is also the only one (again, relying on my meagre research) who then followed that publicity up with news his wife is contemplating divorce (along with a photo op accompanying the article).
No kidding.

There are quotes in their story which speak of 'dreams' and 'being supportive'.
During a Facebook discussion with an online acquaintance, the 'Neil Armstrong' argument came up.
I'll paraphrase:

"Neil Armstrong and all those guys took risks. There was always a chance they wouldn't survive and they knew that. But, they felt they were doing it for the greater good of humanity." Similar sentiments were put forth referring to the shuttle project.

Those who chase and broke the sound barrier, and flew the first orbital and moon missions were trained and sent with vessels equipped with the intention of returning all passengers safely to earth. No, it didn't always work, but intention counts for a lot. Those parents could kiss their kids goodbye and say "I'll see you Friday, then we'll see movie." and mean it.
Also, these men and women had built a career targeting that lifestyle. Their husbands and wives married explorers and risk takers. Not contractors and helicopter mechanics turned runaway.

Most parents would give their lives for their children. Others, it seems, would just give their lives.
Just ask people? That's a scenario the monkeys and dogs could have come up with on their own.

Posted at 08:21 AM in Fatherhood, Parenting | Permalink