« How Can I Change for the Better? | Main | The Universal Child Care Benefit: An Interview With Minister Pierre Poilievre »

Men: Minivans Are an Evolution Not Emasculation

I was reading this article in the National Post about an English professor who left his career in education to pursue another as a mixed martial arts fighter.
As a metaphor to illustrate how men today are less likely to engage is risky behaviour relative to their counterparts a generation ago, the journalist wrote the following:

Much of the violence we commit is now done at arm’s length — by way of technology. Canadian soldiers charged up Vimy Ridge in 1917. Today, a drone might do the trick. The most dangerous behaviour most North American men engage in is driving a car. And there is a good chance it is a minivan, a boxy emblem of masculine decline.

I added the italics.
"...minivan, a boxy emblem of masculine decline."
I drive a minivan, so do many of my peers.
Before I defend whether I am "in decline", I would like to ask: in decline from what?
From the soldiers we are all supposed to be? The bar brawlers arrested after their team loses the game? The boors whose families are not to distract them from the NFL triple header on Sunday?

I disagree. As would, I feel safe assuming, the fellas at the National Fatherhood Initiative, or the Dads Groups in New York City, or Boston, or Chicago.
Or the more than one-thousand fathers who are member of our Dad Bloggers Facebook group.

It is at this point in the argument I am often told I am blowing something out of proportion, or that I'm missing the point, or that I am taking the metaphor too seriously.
But, that is the point. There are those of us for whom this argument is taken very seriously.

Modern weakness is not men driving minivans; it is men who try to hide their family vehicles from their peers, lest they be judged to be somehow emasculated.
The weakness has become being too proud to miss an NFL match in favour of the one being played on a soccer pitch by your 8-year-old's team.
The decline is represented by the words "Because I have to." which too often follow "I drive a minivan."

I love my van - not only because of its higher seating position and because it makes sense - but because of what it represents. I love listening to the doors being slid open a little more firmly than they need to be. I love watching the cartoon dust ball of schoolbags, lunch bags, and splash pants in the rear view mirror as my kids (always!) rush to get seated in the morning.

I love that my van represents for me, the evolution of who I have become.
I have never been in a fight, and I certainly don't regret that. But, challenges? Everyday. And those challenges are made even greater by the same circumstances which necessitated an upgrade in my vehicle's cubic footage.

My van is not an emblem of masculine decline; it is a badge of honour. 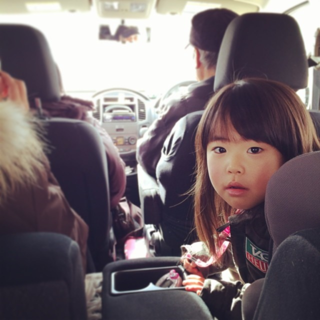 Tags: a boxy emblem of masculine decline., The most dangerous behaviour most North American men engage in is driving a car. And there is a good chance it is a minivan