« BT Montreal: How Does Your Family Deal With Gender Stereotypes? | Main | Brain Development: What Happens in Utero Doesn't Stay in Utero »

Thank you for your suggestion that I put all of my concerns into one letter so that you may give them proper consideration.
As I had (briefly) mentioned during my son's last exam, I find some of my children's new behaviors worrisome. I have listed them below, in no particular order:

THEIR EYES: I am ignorant as to the musculature associated with the eyeball, and how it interacts with its socket and the surrounding nerves. Having admitted that, I am fairly confident both my children's ocular regions are malfunctioning.
During times of emotional stress, or even mild displeasure, they seem to have trouble focusing their vision straight ahead. Their eyes seem to wander towards the ceiling, or towards either side of the room. Sometimes this rolling of the eyes seems so extreme I worry they may lose consciousness.
Is this normal? 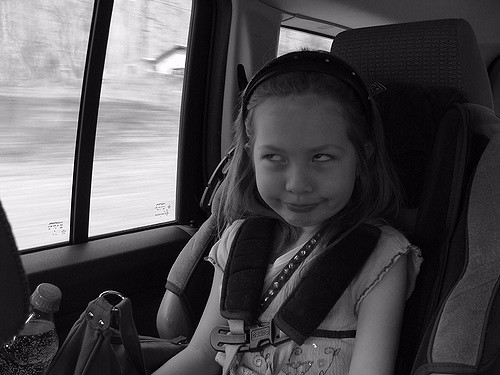 THEIR PHYSICAL STRENGTH (especially as it pertains to the lower back and arms): When each of my children was a toddler, their strength seemed unusual for such a small child. They would be able to heave large toys across the room, inflict pain on a full-grown adult either by grabbing fistfuls of skin or hair, or kicking them in the stomach or groin area upon being lifted.
Now, nearly a decade removed from this stage, they exhale a groan of pain while lifting even the smallest of items; a sock from the floor, or a plate off the table, for example.
Sometimes the pain seems to even precede the task. My son actually began groaning on his way to his school bag, before even attempting to carry it to the front door. Should I give them Tylenol daily, perhaps with breakfast, to relieve this symptom?
Is this normal?

THEIR MEMORIES: From what I have read online, the different sections, or lobes, of the brain are responsible for different cognitive abilities. For instance, I have read our long-term memories are stored in one area, but our capacity to perform daily tasks (such as eating, writing, walking, etc.), are governed by a different cerebral mechanism entirely. This would explain the problem my children seem to encounter where selective reasoning and recollection are concerned.
This morning, they asked what was for supper. I told them it was Tofu Stir Fry with Rice and Vegetables. When they returned from school, they asked again, and then yet again once their homework was done. They really seemed to have trouble remembering what was for supper. This wouldn't normally be of any concern, except that they have nearly photographic recall when it came to reminding me that the 21st and 28th of this month are pizza days at school.
Also, I had to remind my son three times to feed his guinea pig (the poor thing, I believe, is horribly malnourished. You don't treat family pets, do you, Doctor?), yet, he was able to recall all the showtimes for the 3D viewing of Dr. Strange this weekend at our local cinema.
Is this normal?

THEIR SPEECH & GRAMMAR: I remember, when my kids were younger, they were constantly asking me to explain things. I would have to speak very slowly, and use repetitive, simple language to be sure I was understood. Recently, though, we have been experiencing role reversal on that front.
Their speech velocity has increased dramatically, while their enunciation has become so muddled, I have difficulty understanding them. Sometimes I ask them to repeat themselves, and to slow down (which, once again, triggers that weird ocular reflex I mentioned earlier). But, even then, their language is nonsensical. They say things like "Get wrecked," or "BooYa," or sometimes they just look at me and yell, "Ohhhhhh!" when they have made an argument they are particularly pleased with.
When I seem to have the upper hand during a family debate, they sputter quietly and mumble unintelligibly. Perhaps their brains are suddenly having trouble understanding my point of view?
Is this normal? 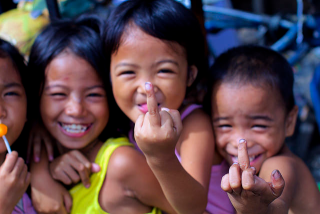 THEIR SPATIAL AWARENESS: Finally, Doctor, I may have to phone your receptionist and book an appointment for myself. (Do you see only children, or will you examine parents of children as well?) I have sustained several injuries lately, which, I'm afraid, I must blame on my kids.
Last week, the kids and I pulled into the driveway, after having been grocery shopping. I exited the vehicle, went around to the trunk, and grabbed two bags full of produce. I turned to head into the house, and tripped over my daughter who was suddenly standing right behind me. The celery flew onto my neighbor's lawn, and I hit my head on the uni-stone. My daughter claimed to have not seen me. Isn't that strange?
On Monday, I was emptying the dishwasher. When I stood, I smashed my head (fortunately on the opposite side from the uni-stone contusion) on the cupboard door, which my son had opened while I was gathering soup spoons from the cutlery tray. He, too claimed not to have seen me. Weird, no?
I would not mention this at all, except that yesterday, during family movie night, my son was scrolling through our collection of shows on our PVR when he asked my wife whether he could erase the Godfather trilogy I had recorded last month. My wife suggested he ask me that question. My son's reply was, "Well, when is Dad getting home?"
Doctor, I was sitting right next to him!
I'm not sure if this "parental invisibility syndrome" (PIS?) would be categorized as difficulty with spatial recognition, or vision.
I suppose first I would need to know: Is this normal?

Thank you very much for your time, I am eager for your opinions on these matters. Meanwhile, would you recommend heat or cold for minor head wounds?

Posted at 10:12 AM in Fatherhood, Humour, Parenting | Permalink