Brain Development: What Happens in Utero Doesn't Stay in Utero

There have been many debates surrounding the type of lifestyle changes which need to be implemented and/or maintained during pregnancy.
"What harm can it do?" and, "My babies were fine, and I didn't really scrutinize my lifestyle," are common refrains when justifying being more lax with one's pre-natal health than is suggested by physicians.

However, a new study suggests that, despite giving birth to an apparently healthy baby, the conditions in utero may have lasting effects which can influence a child's health into adolescence and adulthood.

A team from Quebec-based Research Unit on Children’s Psychosocial Maladjustment had the results of their study published in Human Brain Mapping.
Their subjects were pairs of identical twins, which they followed from birth, through to their teenage years.
They found that, despite having identical genetic profiles, one twin presented with different birthweight from the partner in the uterus. The twin with the higher birthweight also showed more advanced brain development as the children grew older.

In an article, published on Montreal's Concordia University's website, Linda Booij, associate professor of psychology in Concordia’s Faculty of Arts and Science and a researcher at Sainte-Justine Hospital Research Center, explained the results:

By the time our participants had reached teenagehood, differences in brain volume were present in the cortex, which is where much of our regulation of emotions and cognitive processes takes place. Interestingly, twins with large differences in birth weight and cortical structure also had epigenetic differences. This means that what happens in utero may affect a person’s brain development by the time they reach their teen years, and that epigenetic processes may play a role in this relationship. 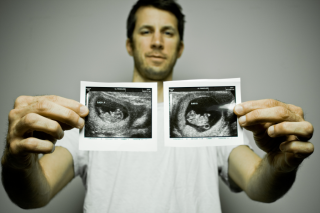 The article describes epigenetics as changes in the activity of how a gene is expressed through environmental experiences, rather than alteration of the genetic code itself.
This means that there could be factors affecting one fetus more than the other, which may be extrapolated and manifested as differences in the children more than a decade later.
Dr. Booij explains to Concordia University:

Since the twins in our study are genetically identical, this difference in birth weight must be due to specific factors acting in utero. For instance, one fetus might have a better placement in the womb or better access to nutrition.

The study focused on in utero conditions affecting one fetus, positively or negatively, more than the other. However, as any parent with more than one child can attest to, no two, or three, or four siblings are alike. Wouldn't the parenting style and external factors after delivery also affect a child's emotional and physical health? For example: parents are often more nervous and strict with a first child versus their younger siblings. Children from one family also may have drastically different nutritional and/or lifestyle habits--i.e. be more inclined towards a healthy diet or athletics--than the other sibling.
Wouldn't these factors also explain the differences in sibling brain profiles through the teenage years?
I posed that question to Dr. Booij:

In general since the twins were raised in the same family and all still lived with their parents, many measures are similar (e.g. Eating habits). We have measures on parenting (in which the parent fills in a questionnaire for each child how e.g. Strict they are with each child). We noted that these measures were very similar.
Nevertheless, we can expect that factors after birth play a role, and that the differences within twin pairs may become larger once the twins are more apart. In fact, we continue to follow the twins and hopefully can repeat the epigenetic and brain measures in a new data collection when they are older.

What does this mean for a woman and her pregnancy? It may be further evidence that all that advice and caution one receives prior to, and during pregnancy, may not only mean a healthier baby at birth. It may also be the gateway to a healthier adolescent and, therefore, a happier and healthier adult.

Posted at 10:18 AM in Interviews & Issues, Medical, Parenting | Permalink

Excellent article. I have sen many articles linking IQ with genetics, brought up, cultural background etc. This is the first article linking intelligence with healthy pregnancy