« Studies Desperately Try To Relate Household Labor with Happy Relationships (...without much success) | Main | I'm In Talk Therapy. Now I'm Talking About it. »

Yesterday on City TV's BT Montreal, Joanne Vrakas and I talked about Father's Day gifts. What was ironic was, just before going on, the make-up artist said to me, "I don't know what to buy my husband for Father's Day!"
"Why Don't you ask him?" I said.
That seemed to be a new concept.
"Ask him at night, away from the children." I continued, "Tell him you really want him to be honest about three things he would like."
That was part of this more philosophical conversation Joanne and I had about the evolution of Father's Day (which has been a pet topic of mine for a while), and the gifts that go with it. 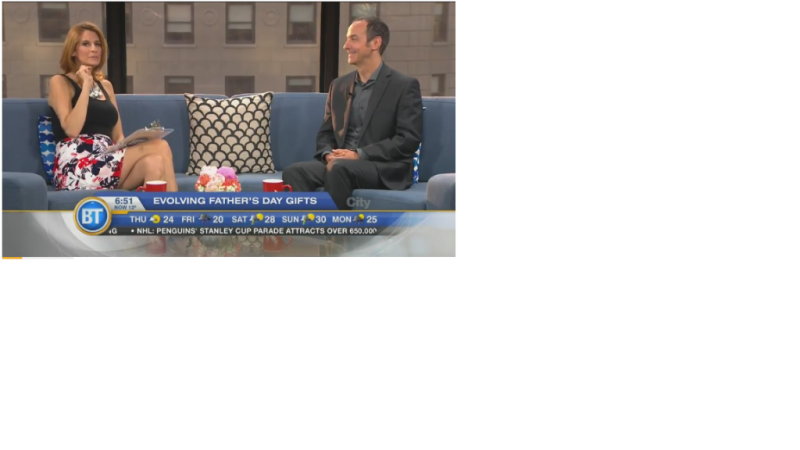