« Who’s the Boss? (Could it be I’m learning responsibility from them??) | Main | Alzheimer's and the Sandwich Generation »

Mysogyny and Harrasment Won't Disappear for at Least a Generation

The "heroic" takedown of Harvey Whinestein et al has perhaps destabilized the house of cards. However, only the most notorious kings and jesters have been toppled. A vast secret society of misogynists and harassers still support the lattice work, leaning shoulder to shoulder and foot to foot within the full house below.

At fault is not only the genetic nature of these misanthropic sexists, but also the unforgiving success equation which is the lifeblood of fruitful careers in media and the performance arts:

I have worked within electronic media for more than twenty-years. Prior to that, my focus was on becoming an actor.
Ultimately, I have become comfortable in my resignation that success adopts many forms: family, a thriving household, friendship and personal health.
My chickens have been counted, and they are happily roosting in my nest woven of a mainstream career and upper middle-class life.

I still experience pangs of "what-ifs" and "if only's." However what I do not grieve is that pitiful feeling, that nausea, and that sense of helplessness which seems to permeate many workshops, auditions and readings which are "necessary" should one hope to achieve even the smallest success as an actor. 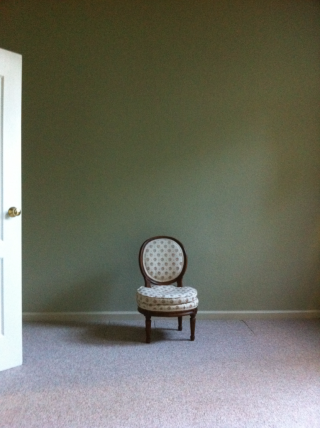 How do the Whinesteins get away with it? Actors are trained to let them.

Like a cult, actors from the youngest of ages are taught to be in touch with emotion. Every workshop is a family. You must be free to share, hug, kiss, cry, laugh, and bare yourself to strangers. Each class incorporates trust exercises: stand on a window ledge, close your eyes and fall into the arms of your "partner" - i.e. the person you met twelve minutes ago.
Stand face-to-face with your acting partner and recite your first thought. Should that thought be, "Your body is beautiful," it behooves you to say it, lest you allow dishonestly to encumber your acting. Should your partner respond with, "Don't say that to me," they are close-minded, and perhaps not prepared for the emotional grind of Hollywood.
Most of all, when improvising with a fellow actor, the golden rule is:

Year after year, audition after audition, hundreds of times over, an actor continues to "hone his or her craft," and works with "wonderful people." Self-doubt is something one must overcome if you are to "make it." Distrust must be banished and replaced with a communistic sense of belonging, accessible at a moment's notice in the event one is called upon to audition a death scene, or love scene...or sex scene.

With millions of actors all pining for the peak of the pyramid, it becomes an excavation of one's own pride and self-worth to determine: what are you willing to do that others may not.

In Season 4 of "Game of Thrones," Emilia Clarke added a "No Nudity" clause to her contract.
After three years on the show, she decided enough was enough. She had also accumulated enough clout to be able to dictate terms.
Imagine being an actress, a decade in to auditions, workshops, and feather-duster commercials being offered a lead role on a HBO series.

"You'll have to be naked a lot," the producer says. "You're a beautiful girl, and we're going to showcase you and your beauty."

Who would say no? Especially realizing with absolute certainty that turning down an opportunity which presents itself literally once in one's lifetime may mean a career in the service industry versus one in Hollywood.
Add, now, the pressure of thousands of actresses pushing against the door, hoping your weakness (i.e., self-worth) results in just one more call back for a girl ready to bare it all, because, in acting, they were taught, you NEVER...SAY...NO.

Clarke has since reversed her no nudity clause. More importantly, she chose to reverse it. Why? Because she can. Because her capacity to earn a profit for a production company empowers her with enough clout to decide whether to flaunt her body.

I have auditioned for weird agents, one of whom asked me to remove my shirt for my audition, another who asked me to read for him - from a soft-porn script. After both instances I felt queasy. Worse, I felt worthless for feeling queasy. I guess I just don't have the stuff, I told myself.
It was possible I didn't have the talent, or the opportunity, or the grit.
None of that changes the fact that these guys are creeps. And, these were two agents from my hometown, whose names were atop an agent search list. Why?

Your job is to tell producers how wonderful the project is, how lucky you are to be attached to a project, and then to thank them for the opportunity.

"I'd rather not take off my shirt."

Thank you for coming.

"I'd rather not do nude scenes."

You're in the wrong business.

"You won't believe what Harvey did to me." 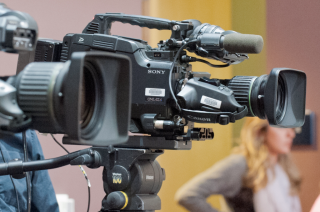 Local radio and television - which has been vocation for more that twenty years - does not fare much better. Scantily-clad pinups on walls, Maxim covers as computer wallpaper, and boys-being-boys whistling at waitresses and female co-workers over beers after work are still not unusual.
Want to be an anchor, or bureau chief, or travel with the team? Learn to take a joke; learn to look the other way; MAN UP.

"This is a tough business."

It's not, actually. I imagine being an EMT is a touch business. Media is a competitive business, not a tough one.
Media, like acting, offers the promise of glamor and stardom (even within a local framework). Among those competing for positions in front of a camera or a microphone (and often even for the higher profile positions behind the scenes), jealousy and politics play crucial roles. It is a daily audition.

It's not the house of cards that needs toppling, it is the legs of the table supporting the stack of knaves which needs reinforcement, and assurances that they can walk alone, and still consider themselves successful.

Posted at 03:37 PM in Stereotypes | Permalink