Caring for Caregivers - Expert Advice on Coping with Dementia

Throughout the various stages of parenthood, people have always referred to “the woods.” As infants, once our children slept through the night we were (supposedly) “out of the woods.” However, the forest was far more expansive than those early parenting metaphors suggested. Toilet training? Woods. Feeding themselves? Woods. Walking? Woods.Tropical, temperate, boreal. Woods, woods, woods.

Recently, when my eldest child turned 13 years-old, I benefited from the wisdom of friends whose sons and daughters have passed through the fires of adolescence. I realized I was not out of any woods. I am now, rather, strolling the pastures between them. Drivers licenses and drinking ages were crouched like bandits in the forest beyond the next bluff.

But, as with many of my sandwich generation peers, the next thicket bloomed even sooner than predicted; my mother was diagnosed with Alzheimer’s disease and Lewy Body dementia. I have reflected on the trials, fears, and compromises necessary to see to it that she is being well cared for, as well as to accept what I cannot change. Through that article, and conversations since, I realized what a comfort it was for me to talk with not only other children of parents afflicted with dementia willing to share their struggle, but also to have access to the reassurance and expertise of those who support and treat victims of cognitive illnesses.

Though these diseases can manifest themselves through myriads of different symptoms, the caregivers’ challenges (and stresses, and fears) are remarkably similar. While families are often thrown into a state of panic by the realization of what steps must be taken to protect their parent, medical staff who specialize in caring for patients and their families rarely encounter a scenario they are not familiar with.

Sabrina Dion is a registered nurse at a private residence which specializes in caring for men and women at various stages of loss of autonomy.

She sympathises with those living with the emotional weight of moving a parent into a home for the first time. While altruism is an able motivator, the burden can detract from - and begin to deteriorate - the caregiver’s relationship with their spouse, their children, and their career. Dion says this can have devastating emotional costs:

Families are very upset, families feel a lot of guilt, families are going through a crisis.
Parents are no longer in their home, their safety’s at risk. So it’s a rush to get them into a safe environment.
It’s a struggle between, “How I am going to handle my home life?” and, “How am I going to make sure my mom or my dad, or either, or both is ok?”
And then I remind them, “What you’re doing is looking out for your mother’s or father’s best interests. You know they’re in an unsafe environment, and you know you can give them a better quality of life given you can’t change the outcome of dementia or Alzheimer’s.”
This is where it becomes a mish-mash, this is where it becomes really challenging. You have to have a career, you have to get to work, you have to take care of your children. The you have to make sure that your parents - if they’re compromised with the loss of autonomy or of cognitive deficits - are taken care of as well. It’s a lot. Caregiver burnout, that’s the big thing that I look for...that’s my red flag.
Because you taking mom or dad to your home, and not being able to be there and not being able to understand, and burning out, is not going to help them in the long run. 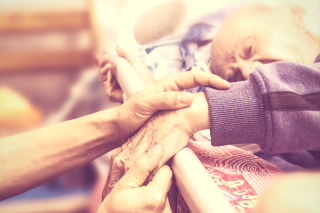 Caroline Ménard is a psychologist, and coordinator of the Behavioural and Psychological Symptoms of Dementia team at the University of Montreal Geriatric Institute. She says it is often easiest to think of this time as a time to mourn*:

Once the elderly parent is removed from the dangers of autonomy, the child and lifelong friends of the patient become spectators of the slow, long-term ravages of cognitive decline. The patient’s personality changes, their physical abilities diminish, and their memory becomes confused and diffused. Dion spoke to me about those feelings of helplessness:

You can visit your parent, and the parent doesn’t recognize you. That’s a really difficult one for children to deal with. That’s when a lot of the children come to my office and it’s like, “Wow, I can’t believe that just happened, that person is my mother.”
So it’s to remind them that if they call you your brother or your husband or tell you, “I know you but I don’t know your name,” just keep going with the conversation. Because there is no point in trying to pull things out of a person. It will get them frustrated, it will get them upset, it will get you upset.

Ménard points out that while specific memories may no longer be viable, emotional memories may last until the very end, and should not be ignored:

The person may not recognize a person as being their son or daughter, but they will still feel happiness when they see that person because of the history they shared.
I have seen people nearly unresponsive in their beds, but upon hearing their spouse’s voice, their eyes open and they smile. That is their affective memory. 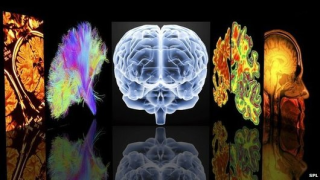 Victims of Alzheimer’s may also become physically abusive to those they formerly cared for. This impulsive behaviour is the disease, not its host. It is an uncontrollable impulsive reaction. Although it may seem a very personal, hurtful act, the recipient must remind themselves they have done nothing wrong. They are caring for someone losing their filter.

Ménard iterates that each person digests the realities of Alzheimer’s in their own way. Some may react with urgency, while other need time, and distance. Reactions of families and friends can be as varied as the effects of the disease itself:

For some children, accepting what’s coming creates too much anxiety, it’s too difficult. Sometimes it’s better to just deal with this moment. But, eventually, you have to express your emotions. Support groups can be extremely helpful navigating a person through the changes which lie ahead.

She also stresses the importance of asking for help before burnout takes a physical and emotional toll:

There are many more resources than there used to be. There’s the Alzheimer's Society of Canada, for instance. It is important for the child to understand the illness. Since you yourself are a child, and you may also have young children in your life, you have to be able to express what you’re living through, and the emotions which are being triggered; that can be very helpful. You have to ask for help.

Guilt. That emotion that often forbids one from finding their way out of the woods. It is all-powerful, and ironically had its profile created throughout our upbringing with our parents. And no one can trigger a more pointed guilt reflex in a child than their mother or father. There is often so much unresolved, so much unspoken. And, now, as a result of cognitive decline, that relationship may be beyond redemption.

Dion reassures families that that time has passed, and children can feel pride in refocusing their energies:

I think a good reminder and takeaway is for children who have parents who have Alzheimer's or any type of vascular dementia or Lewy Body, is to remember that, whatever choice you’re making, if it’s for your parent’s best interests, it’s always the right decision. And you have to understand that you have permission to live your life and raise your own children. It’s the natural cycle of life.

Being lost in the woods is also part of life's natural cycle. With dementia, that journey can take years to complete. Perhaps the challenge is not seeking a path out of the forest, but to try to find the right tools for long-term survival, as well as company for the journey ahead. 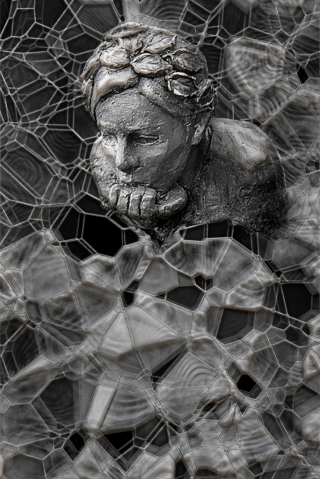 * Interview with Caroline Ménard conducted in French. I provided the English translation.

Posted at 08:57 AM in Getting Old, Interviews & Issues, Medical, Parenting | Permalink